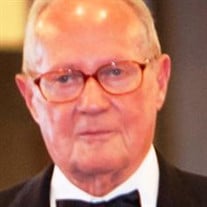 Anthony "Tony" Kurpaska,83, of Cheshire, died on Tuesday, February 5,2019 at his home, surrounded by his loving family. Born on May 27,1935, the son of Peter and Helen (Szpila) Kurpaska, he attended St.Stanislaus parochial school and graduated from Adams High School in 1953. He worked at General Electric in the Apprentice Program for a short time, then joined the Army, was assigned to Fort Sill Oklahoma and the 18th Transportation Company as a helicopter crew chief. While at Fort Sill he married his high school sweetheart and love of his life the former Joan Vittone. They recently celebrated their 63rd wedding anniversary. Tony's company was sent to Munich Germany aboard the aircraft carrier USS Corregidor and were the first helicopters in Germany. The locals came out in droves to witness the take-offs and landings. His wife Joan joined him in Munich where their son Jeffrey was born. Upon completion of his tour of duty Tony returned to Adams and attended North Adams State college graduating with a degree in mathematics. While in college his daughter Robin was born. Tony took a summer job at General Electric Naval Ordnance Department while searching for a teaching position. That summer job turned into a twenty eight year career in Field Engineering. He retired in 1990. He and Joan enjoyed many years of travel and leisure. He especially loved their annual trips to St Thomas USVI and time visiting their children and grandchildren. He loved them unconditionally and they loved him back tenfold. They called him "Popi The Decider" a nickname he gave himself because the final decision in all things was always his, even if the challenge flag was thrown. He was a lifelong loyal New York Yankees fan. He could build or repair anything you asked him to and his sense of humor and sarcasm would keep you off balance. Tony is survived by his wife Joan, son Jeffrey, Jeffrey's partner Donna Sadlowski, daughter Robin Butler(husband David),granddaughters Ashley Butler Alvarez (Jason) Alexandra Butler and Heidi Kurpaska and great grandson Lucas Butler Alvarez , one sister Eugenia Zaiken , many nieces and nephews and his lifelong friend Edward Skowron. He was pre-deceased by brothers Casimer, Stephen and Stanley and sisters Helen Mazzoli, Theresa Viani and Frances Socha. A memorial service will be held on Saturday, February 9th at 1:00 P.M. at the PACIOREK FUNERAL HOME, 13 Hoosac St., Adams. Burial will be at a later date in the spring. Calling hours are Saturday from 11:00am until the time of the service in the funeral home. Memorial donations may be made to Mass General Hospital's Oncology Department in Tony's name, 125 Nashua St., Suite 540, Boston, MA 02114.

Anthony "Tony" Kurpaska,83, of Cheshire, died on Tuesday, February 5,2019 at his home, surrounded by his loving family. Born on May 27,1935, the son of Peter and Helen (Szpila) Kurpaska, he attended St.Stanislaus parochial school and graduated... View Obituary & Service Information

The family of Mr. Anthony "Tony" Kurpaska created this Life Tributes page to make it easy to share your memories.

Send flowers to the Kurpaska family.