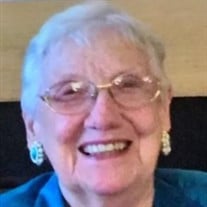 Mrs. Anita (Kirk) Avery, 93, of Adams, died peacefully on Friday, July 31, 2020 at her home. She answered to many names, including Anita, Orleta and Kirky but was known to her husband as Honey. She was born in DeLancey, NY on April 22, 1927, a daughter of the late Leslie and Marguerite (Pardee) Kirk. She moved to Adams as a child and attended schools there, graduating from the former Adams High School with the class of 1943. She then attended the former St. Luke’s Nursing School in Pittsfield, graduating in 1948 as a registered nurse. Mrs. Avery worked on the maternity ward at the former W.B. Plunkett Memorial Hospital. She later worked as an industrial nurse at the former Arnold Print Works and the former Hunter Machine Company. She and her husband then embarked on a new career as proprietors of the former Butternut Inn Bed and Breakfast in Adams for several years until retiring. She was a member of the First Congregational Church in Adams where she had served as a deacon. She was also a member of the St. Luke’s Nursing School Alumni Association. Anita loved her family, babies and a good game of cribbage (she was quite the card shark and usually won!) She always had a kind word to say to someone. She had a great sense of humor and will be remembered for her great smile and hearty laugh. When her health declined in later years, she did not complain, but counted her blessings. She acknowledged her good fortune to have a caring family, allowing her to remain in her home. She met her future husband, Walter Avery in Boston while she was in nursing school and he was in the Army, they were married on May 21, 1949 in Adams where they spent their entire lives and raised four children. Walter died on February 5, 2013. She is survived and greatly missed by her two sons, Mark W. Avery and Scott K. Avery, both of Adams; her two daughters, Lisa M. Avery and her husband Robert Henriquez of Pittsfield and Laurie A. Avery of Yorktown, VA; four grandchildren, Jason Avery and his wife Krista of Cheshire, Bryant Avery and his wife Trisha of Cheshire, Sarah Dziegiel Sanchez of Yorktown, VA and Joshua Dziegiel of Richmond, VA; one great grandson, Tyler Avery of Cheshire; her devoted Boston Terrier, Ginger and many nieces and nephews. She was predeceased by her three brothers, George “Bill” Kirk, Burton Kirk and Richard Kirk. Per the request of Mrs. Avery, there are no funeral services at this time. Memorial donations may be made to the First Congregational Church, 42 Park St., Adams, MA 01220 or to the Louison House, 395 Old Columbia St. Adams, MA 01220.

Mrs. Anita (Kirk) Avery, 93, of Adams, died peacefully on Friday, July 31, 2020 at her home. She answered to many names, including Anita, Orleta and Kirky but was known to her husband as Honey. She was born in DeLancey, NY on April 22, 1927,... View Obituary & Service Information

The family of Mrs. Anita Avery created this Life Tributes page to make it easy to share your memories.

Send flowers to the Avery family.