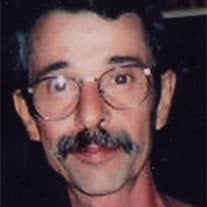 Mr. Alfio Vincent Girgenti, 54, of 6 Donald Ave. Adams, longtime local contractor and businessman, died early Sunday morning at North Adams Regional Hospital, where he was admitted Saturday. He was born in North Adams on December 8, 1950, the son of Alfio and Mary (Zappone) Girgenti. He attended schools in Adams, and graduated from the former Adams High School. Mr. Girgenti was self-employed as a building contractor all of his life, and was an accomplished carpenter and stone mason. He also was a part owner of Rascal's Lounge on North Summer St. in Adams for the past 19 years. He was a communicant of St. Stanislaus Kostka Church, Adams. He had served for 2 years with the Massachusetts National Guard. He also was a guitarist for many years with the former well-known local band Paraffin. He enjoyed golfing, hunting and bowling. Besides his parents, of North Adams, he is survived by his wife, the former Christine Ordyna, whom he married on May 8, 1976; 1 Son - Aaron Girgenti of Adams; 2 daughters - Alicia Girgenti and Ashley Girgenti, both of Adams; 1 Sister - Joan Smith of North Adams; 2 nieces - Kim Burdick of North Adams; and Aimee Zeoli of Sunderland, MA; His Father and Mother-in-Law - Joseph and Mildred (Duda) Ordyna, of Adams, grandnieces & grandnephews; and several aunts, uncles & cousins. The Funeral will be held on Wednesday, May 11, at 9:00 AM from the AUGE`-PACIOREK-SIMMONS Funeral Home, 13 Hoosac St. Adams, followed by a Liturgy of Christian Burial at 10:00 AM in St. Stanislaus Kostka Church, Adams, celebrated by Rev. Daniel J. Boyle, Pastor of the Parishes of St. Stanislaus Kostka and Notre Dame & St. Thomas Aquinas. Burial will follow in St. Stanislaus Kostka Cemetery, Adams. Calling hours are Tuesday from 4 to 7 PM at the funeral home. Memorial donations may be made to the VNA & Hospice of Northern Berkshire through the funeral home.

The family of Alfio Girgenti created this Life Tributes page to make it easy to share your memories.

Send flowers to the Girgenti family.