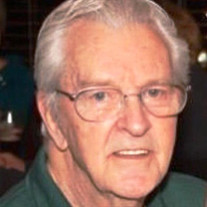 Mr. Albert Henry Brooks, 85, of North Adams, died on Thursday, January 23, 2020 at North Adams Commons. He was born in Clarksburg on March 14, 1934, a son of the late Henry and Yvonne (Galipeau) Brooks. He attended the former Notre Dame Elementary School and graduated from Drury High School with the class of 1952. Mr. Brooks was a Veteran of the Korean Conflict having served with the United States Marine Corps until receiving his Honorable Discharge as Private First Class on June 22, 1955. Mr. Brooks worked as a machinist for R.I. Baker in Clarksburg for 30 years, retiring in 2007 at the age of 72. Earlier he had been a co-owner of the former Daytona Tool & Die Co. in Florida and had worked for the former Cornish Wire, Greylock Machine and General Electric. He was a communicant of St. Elizabeth of Hungary Parish, North Adams. He was a member of the Clarksburg Veterans of Foreign War, the North Adams American Legion and the Clarksburg Volunteer Fire Company. He had also served on the Clarksburg Board of Health. He is survived by his wife, the former Mary L. McLain, whom he married on April 12, 1956; two daughters, Gail Demo and her husband Sergio of North Adams and Patricia Brooks and her fiancé William Swanson of Adams; two sons, Richard Brooks and his wife Donna of Clarksburg and Daniel Brooks of North Adams; seven grandchildren, Ronald Perras, Shannon Anson and her husband Adam, Jonathan Whitney and his wife Katie, Brian Whitney and his wife Maria, Juanita Wood and her husband Daniel, Sarah Brooks and her fiancé Devon Phillips and James Brooks; ten great grandchildren, Chelsea, Deana, Ryan, Roslynn, Tyler, Dylan, Kayla, Ella, Bradley and Brooks. He is also survived by many nieces and a nephew. He was predeceased by his daughter Nancy Marie Brooks who died in 1957 and by his sister Doris Primmer. The family would like to thank the staff at North Adams Commons for the wonderful and compassionate care they’ve shown to Albert over the past four years. The funeral will be held on Friday, January 31st at 9:45 A.M. from the PACIOREK FUNERAL HOME, 13 Hoosac St., Adams, followed by a Liturgy of Christian Burial at 11:00 A.M. in St. Elizabeth of Hungary Church, North Adams, celebrated by Rev. Dariusz Wudarski, Pastor. Burial will be at a later date in the spring in the Clarksburg Cemetery. Calling hours are Thursday from 4:00 P.M. to 7:00 P.M. at the funeral home. Memorial donations may be made to the Clarksburg Volunteer Fire Company, 181 Cross Road, Clarksburg, MA 01247.

Mr. Albert Henry Brooks, 85, of North Adams, died on Thursday, January 23, 2020 at North Adams Commons. He was born in Clarksburg on March 14, 1934, a son of the late Henry and Yvonne (Galipeau) Brooks. He attended the former Notre Dame Elementary... View Obituary & Service Information

The family of Mr. Albert H. Brooks created this Life Tributes page to make it easy to share your memories.

Send flowers to the Brooks family.